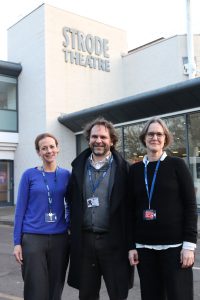 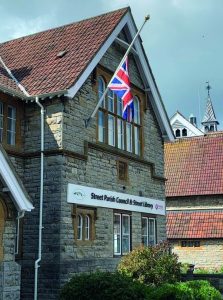 Strode Theatre has announced an exciting new literature festival to take place in Street from the 1st to the 3rd April 2022.

In a statement from The Street Community Library Partnership, they said, “we are delighted to be partnering with Strode Theatre and the first Strode Book Festival. To see these much-valued local spaces united to entertain, educate, inspire and be shared and enjoyed by all. We congratulate the Festival team on securing a fantastic line-up and look forward to celebrating the event’s undoubted success.”

Emma Craigie who runs the English with Creative Writing Foundation Degree at Strode College said: “We are very excited to launch this collaboration between Strode College, Strode Theatre and Street Library to bring a fascinating range of speakers and performers to the town.”

Farès K Moussa, Strode Theatre Manager said “we decided for this festival that we wanted it to be ambitious and to bring a fresh perspective with diverse voices; and for it to be accessible to all. This could not have been possible without the support from Street Parish Council, Mendip District Council, Friends of Street Library and the Friends of Strode Theatre.”

Roger McGough CBE, ‘The patron saint of poetry’ (Carol Ann Duffy) and author of over a hundred books of poetry, reads from his latest collection Safety in Numbers, and Hollie McNish, winner of the Ted Hughes poetry award, returns to Strode to do readings to schools and public audiences from her latest collection Slug. Interviews include Julia Samuel MBE interviewed by Dr Ash Ranpura on her latest work Every Family Has a Story and Andrew Miller interviewed by Susan Elderkin on his latest novel The Slowworm’s Song. For the budding writing, there are workshops on creative writing, writing for children and scriptwriting, and a session on how to get published by Tessa Strickland. Free kid’s events at the library include storytelling from award-winning children’s author Wafa’ Tarnowska and Reading, Puppetry & Live Drawing with Chris Haughton, well known children’s author, whose book Oh No, George! has been adapted as a stage play and  recently featured on the Strode stage.

There will be stalls at the theatre and library and a festival feast by On the Spoon on Saturday night.