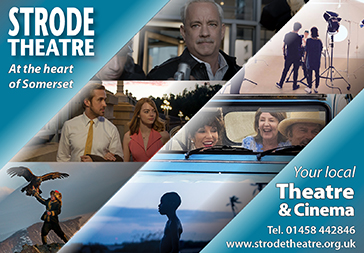 There is plenty going on at Strode in the next few months and we have even more for you!

With films in high demand we have put on extra screenings of The Eagle Huntress, Sully and La La Land (see below for further details).

We also have a few NEW screenings in March. We will be hosting the YOUTH CINEMA FOUNDATION with their Short Films World Premiere as well as a charity screening of The Time of Their Lives, (starring Joan Collins, Pauline Collins and Franco Nero) in aid of the charity INDEPENDENT AGE.

And last, but by no means least, we will be screening the critically acclaimed Moonlight at the end of March.

Friends priority booking opens on Mon 23 Jan with public booking opening on Mon 30 Jan. Further details can be found here and booked in the What’s On section of this website.